This year the year 12 Politics and Debating club organised a very special event for UK Parliament Week (#UKPW)! In a bid to get the younger pupils more politically active and interested in politics, the pupils hosted a week long ‘BREXIT’ activity, right in the week of the impending Brexit Deadline!

Each day they delivered information packed assemblies to a different year group all about BREXIT, at the end telling them that they could have their say in our own Referendum at lunch time.

Overall over 600 pupils cast their vote, with a 78% turnout, and the highest turnout being in year 10 (98%). It was a chance for all students to become politically active in an issue that is sure to shape our future!

The year 12’s worked very hard preparing and delivering this, as well as manning the polling stations each, and counting the votes. They should be very proud of themselves, and as a school all pupils threw themselves into it and Brexit was definitely the talking point of the week. 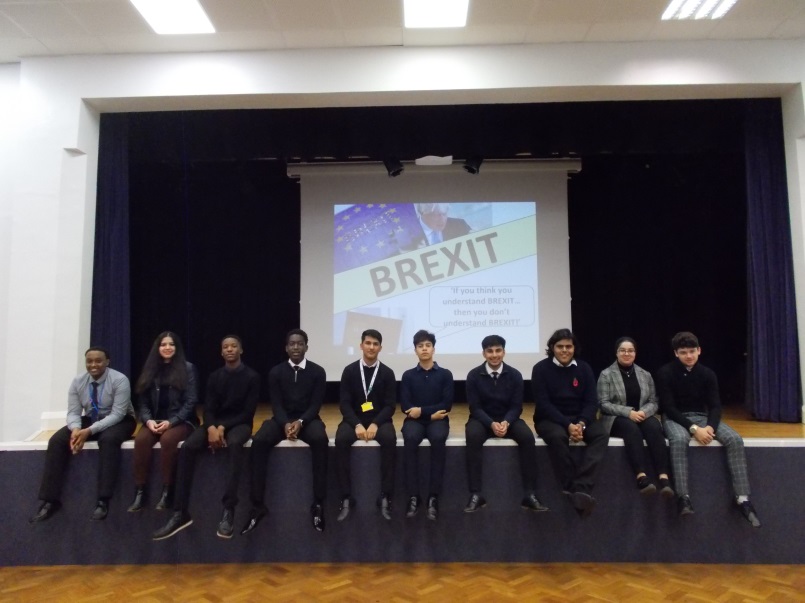